The problem is that the linguistic field is a not a hierarchical but a horizontal knowledge structure, in which theories continually threaten to replace each other. The insecurity this breeds feeds an impulse to boundary policing (that your younger staff have experienced). We also have this problem within our SFL sub-field, that would blow up occasionally on this list. (One reason it has gone so quiet in recent years.) My point was that SFL is institutionally vulnerable. For its survival, I think we need to find ways to work against the boundary policing impulse, no matter how logically it is framed.

Incidentally, Rose himself is the most zealous and energetic 'boundary policer' in the SFL community, as demonstrated by the 100+ email list posts critiqued here.

[1] To be clear, this is a model of academic institutions as social insect colonies, which, according to Halliday, are organised on the basis of value, not semiosis.  Here all exchanges of meaning are reduced to merely boundary policing: soldier ants protecting their home colony (or attacking another). Reasoned argument has no place. 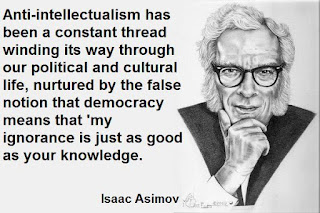 [2] This is misleading, because it is untrue, as an examination of the sys-func archives (here) demonstrates.  The sub-field Rose refers to is Martin's misunderstandings of SFL Theory. Evidence that they are misunderstandings is presented here (English Text) and here (Working With Discourse). There have been no "blow ups" with regard to the validity of Martin's models on the sys-func list, yet.

[3] Bertrand Russell, in his History Of Western Philosophy (pp 21-2), identifies those who are hostile to science and reason, and explains the motivations for their hostility:

Throughout this long development, from 600 BC to the present day, philosophers have been divided into those who wished to tighten social bonds and those who wished to relax them.  With this difference, others have been associated.  The disciplinarians have advocated some system of dogma, either old or new, and have therefore been compelled to be, in greater or lesser degree, hostile to science, since their dogmas could not be proved empirically.  They have almost invariably taught that happiness is not the good, but that ‘nobility’ or ‘heroism’ is to be preferred.  They have had a sympathy with irrational parts of human nature, since they have felt reason to be inimical to social cohesion.  The libertarians, on the other hand, with the exception of the extreme anarchists, have tended to be scientific, utilitarian, rationalistic, hostile to violent passion, and enemies of all the more profound forms of religion.  This conflict existed in Greece before the rise of we recognise as philosophy, and is already quite explicit in the earliest Greek thought.  In changing forms, it has persisted down to the present day, and no doubt will persist for many ages to come.

What’s an “ontology of capabilities” when it’s at home? Or you could just as easily say a “capability of ontologies”

or is a storeroom of potatoes the same as a potato of storerooms... duuh.... what's the problem?

Beautiful prose it is not, but well within registerial norms for that discourse...
it certainly helps though if you are already comfortable with using the O-word :-)


Incidentally, the 'Bureau-speak' in question was:

To recap, having a whole of govt architecture allows us to build an ontology of capabilities across govt. Coupled with a more agile funding model, it will allow us to move more quickly when trying new solutions and capabilities or scaling up platforms to address emerging needs.

To be clear, the reason Bateman sees no problem with the deliberate use of obfuscatory language is that he is a keen user of it himself.  See, for example, The Transitivity Of Bamboozlement.

So the more the extent of grammatical metaphor in a text, the more that text is loaded against the learner, and against anyone who is an outsider to the register in question. It becomes elitist discourse, in which the function of constructing knowledge goes together with the function of restricting access to that knowledge, making it impenetrable to all except those who have the means of admission to the inside, or the select group of those who are already there.

It is this other potential that grammatical metaphor has, for making meaning that is obscure, arcane and exclusive, that makes it ideal as a mode of discourse for establishing and maintaining status, prestige and hierarchy, and to establish the paternalistic authority of a technocratic elite whose message is 'this is all too hard for you to understand; so leave the decision-making to us'.

Most Viewed Posts This Week

Most Viewed Posts This Month

Most Viewed Posts This Year